Andrew Sloman "epitomizes the talent, craft and sublime skill of the great British singer songwriter - understated but remarkably versatile both in terms of vocal lines and the melodies of the music" (Rick Lippit, Live Music FM)

He has supported the legendary Sting, The Automatic and The Zutons and his music has regularly featured on shows like Steve Lemacq and Tom Robinson on BBC Radio 1, 2 and 6 in the UK and The Guy Perryman and Peter Barakan Shows on Inter FM in Japan

Andrew plays all of the instruments on his first records ‘Tides’ and ‘Deadwood’, except for the string arrangements written together with Adrian Hopkins and The Mizenus Quartet; a group of extraordinary women from the Royal Philharmonic, BBC Welsh and Glasgow Symphony Orchestras.

Andrew was the writer, producer and engineer on both records.

2018 saw a new direction from Andrew, having teamed up with the critically acclaimed world music producer Mathias Duplessy. Mathias brings a new flavour to Andrews music, using an array of instruments from all over the globe. They have so far released 4 music videos. For Andrew’s latest music video ‘Burnt’, Andrew worked with Tokyo based movie producer Anshul Chauhan and the award-winning cinematographer Max Golomidov. The full album ‘One And All’, is due for release September 2019.

For the past 3 years Andrew has been involved writing music for three different movies. The film Shreelancer, directed by Sandeep Mohan, picked up awards at the film festivals and saw a worldwide cinematic release in 2018. It has now gone on to be included on the Amazon Prime network. The other two movies, The Pickup Artist and Nirmal Anand Ki Puppy, are set for cinematic releases late 2019.

Andrew is the lead singer in the Japanese Rock band The Kave. The Kave have performed regularly on the Tokyo music scene since 2013 and have gone on to perform at some of Japan’s leading music festivals, including The Rising Sun Rock Festival in Hokkaido.

The Kave released their debut EP, Somewhere To Go, in 2018 which is available on all streaming and download sites.

Another Tokyo based project Andrew is involved in is the folk duet Yoyogi, whose first single Forever Now Forever Then was released in February 2019.

A live video of Yoyogi performing Forever Now Forever Then, in Yoyogi Park, has already racked up over 1 million views on their Facebook Page.

2019 also saw Andrew set about a new challenge. Encouraged by the success of his music being featured in movies, he began composing classical piano music. His debut classical album ‘Mount Fuji’, will be released at the end of 2019.

Aside from seeing Andrew perform on the Tokyo music scene you can also find him doing solo appearances at some of Tokyo's leading hotels.  Andrew has appeared regularly at the Hilton Hotel in Shinjuku for the past 3 years. 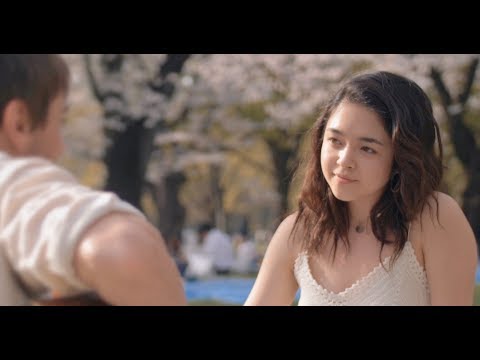