The Dirty T's are an international rock n roll 3 piece band based in Tokyo, Japan. Their music combines an eclectic array of influences into powerful yet dynamic delivery of their own breed of punk-rock music. Renowned for their explosive live performances, the T's are released their second album, BadA$$ in April 2014.
Dirty, Dirtier, Dirtieist, the T's first release in 2009, was tracked to tape the old skool way. Winning praise from local Japanese media and bloggers internationally, tracks from the album went on to be used internationally in TV commercials and TV shows, while their track Ho (written in 5 minutes, recorded in one take as a session warm up…!) went on to become the theme for US TV show Hill Billy Handfishin' . Promotional tours saw the band receive invitations to play around Asia, culminating in a residency at the Niseko Hilton Village, playing daily shows during the snowboard season, 2009-10.
Taking the DIY route, BadA$$ was tracked in three days in a bar in downtown Asakusa, Tokyo. Tracked thru vintage equipment during overnight recording sessions (engineered by Chris Longwood of legendary Sugar Hill Studios, Houston), the bar provided a unique environment in which to capture the band's booze n fun fueled anarchic performances. Released in April 2014, BadA$$ sees the T's taking their unique brand of punk-rock and mincing it thru a blender of classic rock, funk, massive hooks, filthy fun and boundless passion to play. The results speak for themselves. They BadA$$. 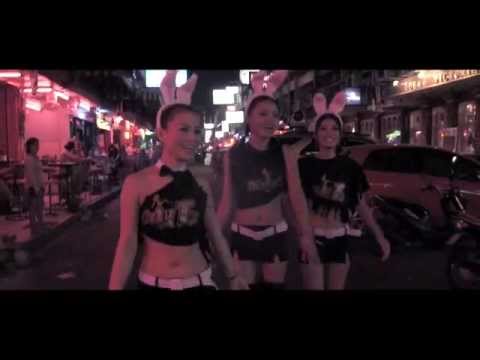